The State Board of Education is holding a public meeting this Monday December 12th (tomorrow!)  at 6PM at the Riley Center at Burr & Burton Academy in Manchester. The purpose of the hearing is to give the public an opportunity to comment on the proposed amendments to the approval of independent schools. I will be attending this hearing as will my fellow Deerfield Valley representative Rep. Ann Manwaring and her successor Rep-elect John Gannon.

If you are unable to attend and provide comment, it is possible to provide comment to the State Board of Education for review at: SBE.PublicComment@vermont.gov ;  specify “SBE Rule 2200 Series” in the subject line of the email.

State Board of Education Chair Stephan Morse issued a statement about the proposed rule changes in late November.

Bennington County Senators Dick Sears and Brian Campion recently addressed the controversy
*********************
ACT 46 Update – Wardsboro, Dover, Marlboro
Click here to read the full 30-page Report & Articles of Agreement prepared by the Act 46 Elementary Study Committee for Dover, Marlboro and Wardsboro.  Instructions for HOW TO COMMENT.
Next Meeting:
January 5th, 2017, Marlboro Elementary School, 6:30pm. Open Public Meeting. Agenda to follow.
Time to decide! Over the next several weeks the Committee Members are scheduling six public information sessions to give voters many opportunities to discuss what will be on the ballot when they go to vote in March, 2017 at Town Meeting Day. Voters, parents of school children, and interested residents may go to any of these meetings in any of these towns. The meetings will help voters understand what happens if the articles are approved and what happens if they are not.  The schedule is as follows: 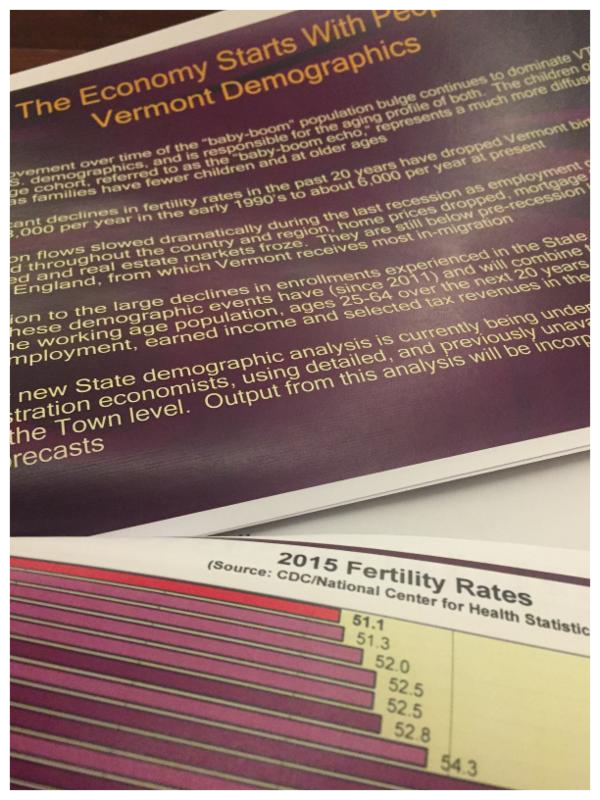 All members of the Legislature were able to attend a one day pre-session briefing regarding the economic outlook, revenue projections, All-Payer model for health care, and implementation of the Clean Water Act.

The most serious issue continuing to plague our state are our demographics.  Vermont has the lowest birth rate in the country.  We have also seen a steady decrease in the prime child bearing age population.  The most significant effects of this can be seen in our declining student population and in the unfilled demand for professional and skilled workers our employers are experiencing. Look for private and public measures at the state level and in the Southern Vermont Zone to begin to directly address reversing population loss and employer recruitment. This is not a Vermont specific problem, but a rural America problem. For those who may be interested in the broader context of this challenge this is a great read with a lot of data. America: This Is Your Future

Telecommunications:  There is a lot happening right now with phone and internet service across Vermont and our district.  As you may have read, Fairpoint is being sold to Consolidated Communications out of Illinois.  Fairpoint is down to about 1/3 of the landline phone customers it had when it first purchased Vermont’s landlines from Verizon.   The purchase will require the Public Service Board to issue a Certificate of Public Good which will take some time.  Important questions likely to be asked during that process include the new companies experience running 911 systems, what happens to Vermonters currently employed by Fairpoint, and what the new companies plans are with regard to broadband improvements/expansion.  In related news, the Public Service board has recently issued a decision in a nine year old open docket regarding Comcast and their VOIP (voice over IP) service.  Traditional telephone service is subject to quality regulation by the Department of Public Service.  VOIP has NOT been subjected to that same regulation, but appears that the Public Service Board believes they should be. 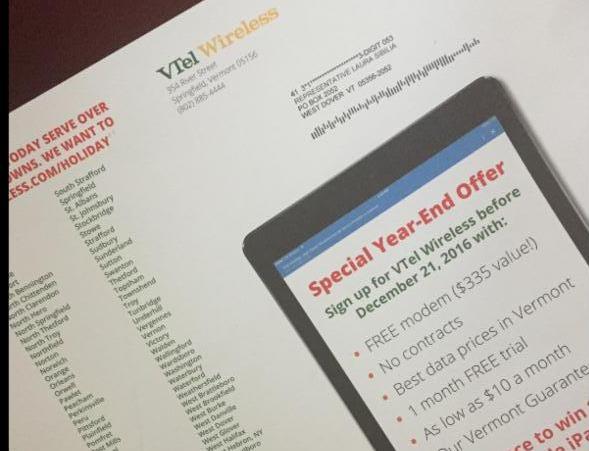 In federal telecom grant related matters, reports from Whitingham indicate a number of new residents are able to access the VTel Wireless Internet service, funded by VTel’s $100M+ federal funded stimulus award in 2009.  Good news.  Unfortunately this is still not so in Readsboro, parts of Wardsboro, Dover and Searsburg.  Expect to hear more on this issue in the very near future.  Locally, I have also received complaints about another federally funded project, intended to provide cell service in towns isolated during T.S. Irene,  Obviously there is work to do, but I am encouraged by the organizing and planning happening on the ground here.  Recently we have seen those local efforts result in a planned wireless internet expansion in Readsboro. I look forward to continuing to work on these issues with our towns during the upcoming Legislative Session.

Great southern Vermont resource developed and managed by locals:   Searsburg/Woodford Road Conditions  This is a Facebook page where eyewitness reports, videos and current conditions reporting are available for those who need to travel Route 9 between Wilmington and Bennington.  Highly recommended!