Things are pretty serious in Montpelier, so let me start with “the laugh”.  As many of you know, I’ve  supported my family by working in a number of small food service establishments for almost 20 years.  It’s very often the owners of those little restaurants and bars that I think of first when calculating how some legislation I am hearing about will impact the business community.

This week I have been doing some research on the sugar sweetened beverage tax after a (not very well prepared) lobbyist for that effort came to see if I might be persuaded to vote in support of it.  He explained to me that this was a tax that would be levied on the distributors who presumably would pass it on to restaurants and bars and retailers who presumably they will pass it on to the consumer.  So the proposal is for a front loaded cost added to the product as opposed to a point of sale tax added to the consumer at the end.  I had asked him to get back to me with the cost increase for the 5 gallon bag in the box syrup that restaurants with soda fountains use.  The regular cost to a restaurant for one of these boxes is around $50.  The proposed sweetened beverage tax is a .01 cent tax per ounce of prepared beverage.

The lobbyist got back to me Thursday and when I read his response, I actually laughed out loud in my committee room.

First there’s the math problem – it would actually be closer to a $38 tax per bag.  But at the end of the day I’m not voting in favor of a 70% or 700% increase in up front product costs for our small businesses.

Which actually has me a little concerned.  This sugary tax and a proposed payroll tax by the Governor have been the prime candidates proposed for fixing the Medicaid cost shift – a very real problem impacting everyone’s ability to receive and pay for health care, because more people are on medicaid, which reimburses our (diminishing number of) doctors and dentists significantly less then private insurance.  Which means many of our healthcare providers have put caps on how many medicaid patients they can accept.  A temporary increase in federal medicaid reimburse rates ended in December.

For equity reasons, with new integrated education systems, choice towns and non choice towns are likely not to be able to be integrated in the same consolidated Pre-K-12 district.  Unless you seek a waiver.

Because of that, tuitioning districts may have to be bigger geographically to get to 1100 students.  Unless you seek a waiver.

The majority of these towns are “small school” towns receiving small schools grant.  Those grants will be lost by 2020. Unless you seek a waiver.

A small school grants waiver would be issued depending on whether or not districts participate in a merger study, or can show the drive, to the next school with enough capacity to absorb the students, is too treacherous, or has high student to staff ratios, or is successfully delivering high quality educational opportunities that meet the educational quality standards adopted by the state.

With so many waiver possibilities, I’m not sure anyone is clear on what success should, could, or will look like.

I am also interested in the white areas surrounded by the small choice towns, many of which, particularly in Southern Vermont, contain the larger schools, the secondary schools, and much higher poverty.  In addition to the largest concentrations of jobs.

This bill talks very little (if at all) about the 95% majority of the state student population, utilizing 95% of education funding, that doesn’t attend a small school.  It doesn’t address the corresponding high density areas of poverty.  The bill does address declining enrollments, a clear harbinger of a deteriorating economy, by removing financial protections to student opportunity.  This, like removal of the small schools grant, is intended to create pain to cause a desired behavior – consolidation.

I could not be more opposed to legislation that attempts to cause students pain in order to force consolidation. Or that ignores students in larger high poverty schools.

Vermonters, including students are supposed to have equal protection under the Vermont Constitution.  These actions will only exacerbate an already inequitable situation statewide.

I’d rather see consolidation mandated and instigated by the state so that accepting responsibility for finally ensuring substantially equitable student opportunity is the primary objective.

This bill also does nothing to address why costs have escalated.  While the collection method for the statewide property tax is meant to ensure equity of opportunity for all students, equity of opportunity is only measured in unscaled dollars available per student. The bill does place a 2%, slightly variable, cap on existing budgets.  If your voters approve a budget over the cap, “the budget shall be deemed to have failed to pass”.

If you are a high spending large school now (of which there are plenty) – you may continue.  If you are a low spending small school, of which there are also plenty, like Readsboro and Stamford and you have an unexpected cost (like a leaking roof or possibly an increase in the payroll tax to cover the medicaid shift), the only way to cover the cost in a budget is to cut opportunity for students.

On the way home Friday, I picked up a copy of the Herald of Randolph.  On the front page was an article calling my name: “Small Schools Not the Problem”    (pay wall up till March 26).  Marty Strange of Randolph, the former policy director for the national non-profit Rural School & Community Trust says he has seen a pattern around unsuccessful consolidation efforts in other parts of the country.  Lawmakers don’t want “blood on their hands” so instead of making tough decisions they create circumstances – like fiscal pressures in school districts – so voters will close their own schools.  He says he calls it “fiscal asphyxiation”.   I call it irresponsible when there is a statewide education tax.

The Vermont Veterans Home is another controversial topic in this years budget bill.  This is not as straightforward an issue as it may seem and there are a number of complicated factors and issues at play.  I’m relieved by the preliminary direction the House, General and Military Committee is recommending, but remain extremely concerned about the possibility of negative consequences to the veterans in this home due to a funding shortfall.  The recommendation to House Appropriations is here W~House General~Committee Memo to Appropriations Regarding VT Veterans’ Home~3-13-2015

As always, I welcome your feedback and questions – please be in touch via email at lhsibilia@gmail.com or 348-7131. 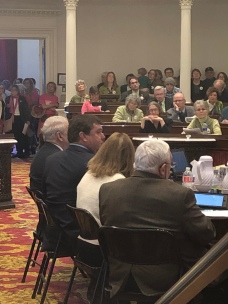 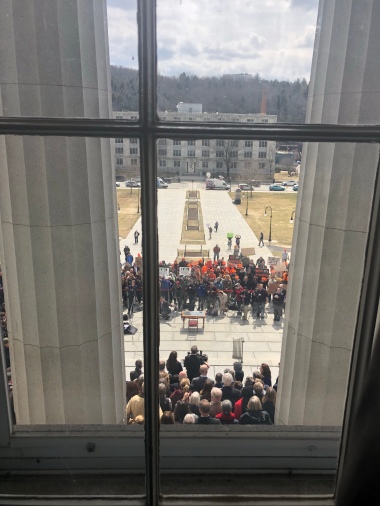 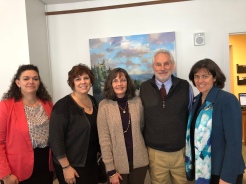 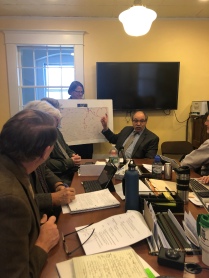 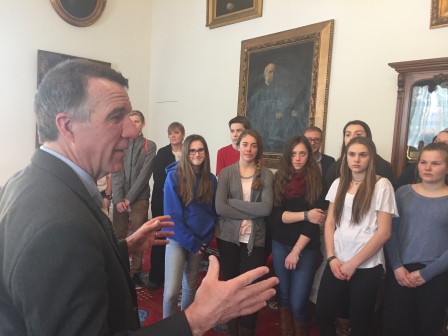 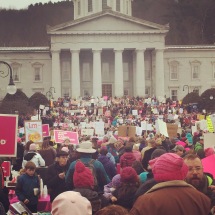