Join us for a meeting on September 11th from 6-7 pm at Memorial Hall in Wilmington with the Department of Public Service for interested communities, residents.

Vermont’s Broadband Innovation Grant program has been announced to help communities conduct feasibility studies and create business plans related to the deployment of broadband in rural, unserved and underserved areas of Vermont. The program will award up to $60,000 per grant. Eligible grantees must deliver a feasibility study that proposes new broadband systems with minimum speeds of 25 Mbps download and 3 Mbps upload in unserved or underserved areas.

Vermont Secretary of State Jim Condos and the 2010 Chair of the Vermont Legislative Apportionment Board, Tom Little will participate in a discussion and Q&A about Vermont’s Apportionment and Redistricting processes and what local voters should know on Wednesday September 25th at 6 pm at the Dover Town Hall. Route 100 legislators John Gannon, Laura Sibilia and Kelly Pajala are hosting the event.

The Brennan Center for Justice, a nonpartisan law and policy institute at NYU describes the importance of the processes:

“The redrawing of district boundaries every 10 years is designed to ensure that Congress and state legislatures are representative. But all too often, redistricting is not used by elected officials to safeguard electoral fairness, but to manipulate boundaries and stack the deck in favor of a political party or incumbent candidates.

This is called gerrymandering and it is a big problem in America. Gerrymandering impacts communities across the country. Underrepresented minority communities are often hit the hardest when redistricting dilutes their political influence and makes it hard to gain a foothold in our democracy.”

Vermont redistricting history is not one where gerrymandering has been a significant problem. Vermont also prides itself on transparency in its processes.

Every ten years, following the release of the U.S. Census data, state law requires reapportionment of Vermont’s House and Senate districts “in such manner as to achieve substantially equal weighting of the votes of all voters in the choice of legislators.”

At the Census, we can most accurately see which parts of Vermont are growing in population and which parts are losing population. If there are big changes in population numbers either way, legislative district lines may be changed. This helps to make sure that each legislator is representing roughly the same number of Vermonters.

The current apportionment process is guided by Title 17, Chapter 34A of the Vermont Statutes. This process begins with the Legislative Apportionment Board, an appointed body, proposing a draft apportionment plan. The Legislature may refer to this plan when it determines what district boundaries will be in the ensuing decade. In districts where boundaries are proposed to be changed, town Boards of Civil Authority can comment and recommend different changes to district lines.

In July 2020, the Legislative Apportionment Board will begin its work to complete its statutory duties to draw up proposed changes to House and Senate district lines as needed to reflect the results of the 2020 Census and preserve the principle of substantial equality of representation. The Board currently has seven members.  Each of the three major political parties choose a member; the Governor appoints one member from each party and the Chief Justice of the Vermont Supreme Court appoints the Board’s Chair. The Board’s meetings are open to the public and its records are public records.

In 2022 the process will conclude with Vermont House and Senate votes to approve agreed upon House and Senate maps. The September 25 event is an opportunity for select boards and members of the Boards of Civil Authority as well as students and voters who want to understand more about this important aspect of our country and state governance systems.

Please contact me with questions or if you need assistance navigating government services at (802) 384-0233 or lsibilia@leg.state.vt.us. You can also sign up to receive my e-newsletters on my blogsite at www.laurasibiliavt.com
Kind regards, 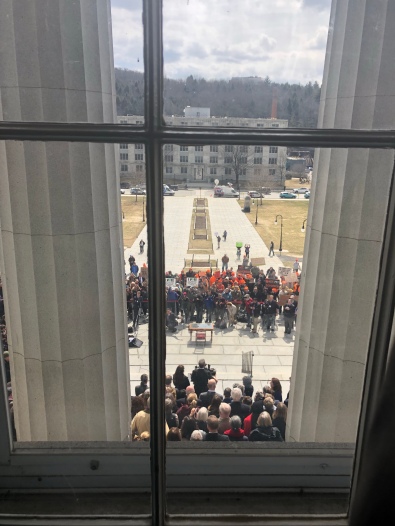 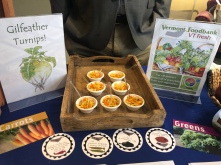 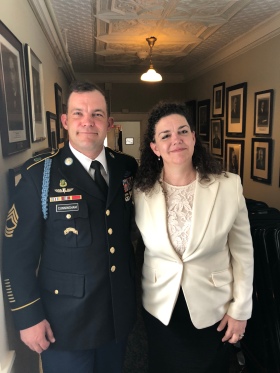 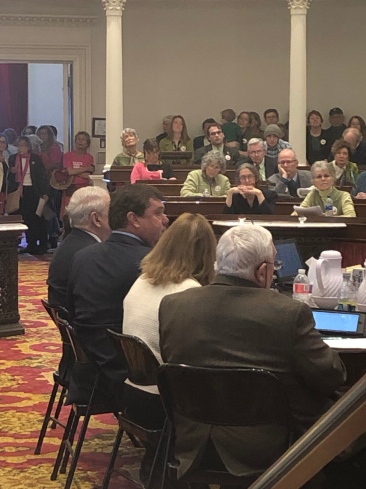 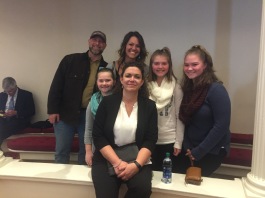 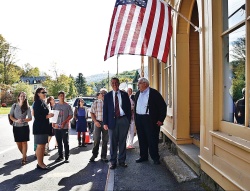